To be recognized by both the entertainment industry and property owners, as the industry leader in professionally representing high film value properties to be used as locations in film, video and still photography projects. Quite simply, we are committed to finding and listing outstanding film friendly locations and matching them with film, video and still projects.   Armed with experience and expertise refined by decades of representing locations since our founding in 1982, we will handle all aspects of the filming process for the properties we represent. We will focus on anticipating problems before they arise in order to minimize the impact on existing operations, maximize owner return for their effort and avoid unnecessary delay for production. This full service approach includes, aggressively marketing properties to the film industry, seeking out opportunities, negotiations, pre-production planning, site visits, handling contracts and insurance to the owner’s satisfaction prior to the shoot along with handling all financial matters.

We will personally and professionally supervise the prep., shoot and wrap day activities on site to help minimize the risk of damage to the property and liability. At the end of the project we will follow through with any outstanding issues until they are resolved to the satisfaction of both parties.It is our ultimate objective to develop successful filming programs at the properties we represent to insure that we keep both property owners and production companies as our long-term clients. We will work in partnership with the production community to insure that all locations are handled with the utmost care and that future companies will be invited back.

Due to our reputation and aggressive marketing efforts, Real to Reel is able to attract a wide variety of clients looking for filming locations including Location Managers, Location Scouts, Art Directors, Production Designers, Producers, Directors and Studio Executives.

Real to Reel closely tracks filming requirements in order to stay abreast of permit and fire and safety requirements, as well as any new decisions and laws that effect filming on private properties. This way, Real to Reel can provide the best possible service to our property owner clients.

"Real to Reel is the largest location service in Los Angeles" 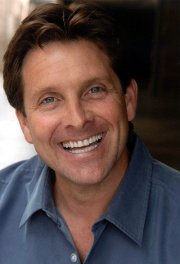 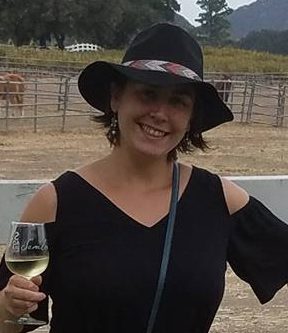 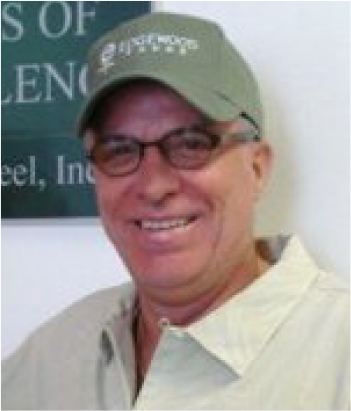 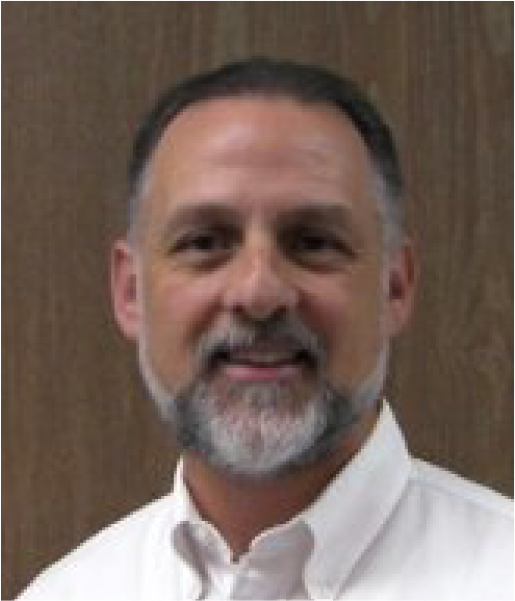 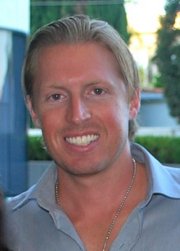 After graduating from Indiana University in 2013 with a degree in Communications, Kyle moved to Los Angeles to further his education at the Los Angeles Film School. He received his second degree, focused in Entertainment Business, in 2015. After that, Kyle worked as a production assistant on many high profile television shows such as The Ellen DeGeneres Show, Bill Nye Saves the World, and America’s Got Talent.

Kyle began working with Real to Reel in the summer of 2017 as an on-site property representative helping to supervise productions on location during their prep, shoot, and wrap days. By the Fall of 2017 Kyle moved into the position of Acquisitions Assistant where he helps to manage the Real to Reel website and photo library while learning to become and Acquisitions Agent.

Outside of the office you can find Kyle either traveling around the world, relaxing at home with his partner and their puppy, cooking, or exploring all that Los Angeles has to offer.

Fresh from American Conservatory Theater in San Francisco Nick Arquette moved from the Bay Area to Los Angeles in 1990 after a successful run in theater and television commercials. He quickly gained success with small bit roles in 90210 and Forest Gump and earned his Screen Actors Guild membership in 1993. Nick continued to hone his production background with his first job at Amblin entertainment where he served as a personal assistant to Frank Marshall and Kathleen Kennedy. A year later he furthered his knowledge as production coordinator for RYSHER Entertainment. By 1995 Nick again put his skills to work in locations as a site rep for several Locations Agencies including Real to Reel where he began do develop his acquisitions skills. Known as the “Hospital Guy” Nick has listed over 25 Hospitals and Medical facilities including the closed hospital that the T.V. show “Scrubs” called home for 7 consecutive seasons, along with the hospital used by the T.V. show “Hawthorne”, as well as over 100 corporate offices, factories, and schools since becoming an Acquisitions Agent for Real to Reel.

In his free time he enjoys his family of 4 in Manhattan Beach and is the Founder of a non-profit Walk With Sally. It’s mission is to provide mentor support programs for children who have a parent, guardian or sibling with Cancer.

Alisha started at Real to Reel in 2008, when she relocated to LA from the East Coast after graduating with a degree in Film and TV Production. Starting as a Site Rep while working freelance, she also gained a variety of experience on-set in various positions on feature films.

After a year and a half with Real to Real, Alisha was brought in to the Office full-time as Production Coordinator. She blossomed into her duties, organizing and mediating shoots between properties and production, as well as managing the team of Site Reps.

Being promoted again, Alisha now leads the Booking Department in sales, handling multiple extensive contracts & negotiations at a time, while managing all of the details of shoots between properties and production across a busy Production schedule. She also has creatively forged the way with longer-term and more complicated bookings, never backing down from a challenge.

In her free time Alisha enjoys travelling to new places, being outdoors, spending time at home with her rescue dogs, binging on good shows over the weekend, and any other random adventure under the sun.

Bob Kimball relocated from New Jersey to Los Angeles in 1985 to help develop, organize, and manage Real to Reel Locations Inc. (RTR) during its early years. At that time the concept of a film location service was in its infant stage. What started out as a simple photo book library in 1982, has today become a fully Licensed Real Estate Brokerage Corporation complete with a digital picture library, a cutting edge website, an aggressive marketing program, and an experienced staff of real estate and on-location filming experts.

RTR has developed a strong reputation over the years and continues to provide locations and professional services for a large number of the Feature Films, Television shows, Commercials, and Still Shoots filming in the greater Los Angeles area.

Bob has seen plenty of growth and positive changes at Real to Reel over the last 25 years and is very proud to be a part of its accomplishments and success during that time and moving forward.

Bob is originally from New Jersey and is a life-long New York Giants, Mets and Knicks fan and also loves to travel and golf with his lovely wife, Daria, whenever he can.

After receiving degrees in Political Science and Sociology from the University of California at Santa Barbara in 1983, Mr. Onyshko worked for a short time as a Trade and Investment Research Associate for the Investment Trade Division of the United States Department of Commerce in Washington D.C. In this capacity he performed research and summarized investment climate data from assessments generated by U.S Embassy’s around the world. Returning to California, Mr. Onyshko attended the University of the Pacific, McGeorge School of Law, where he received his Juris Doctorate degree and became a member of the California State Bar in 1988. Working as an attorney in Bakersfield CA, from 1988 to 1991, Mr. Onyshko gained experience on a variety of legal matters in the areas of real estate, business, consumer and contract law.

In 1991 Mr. Onyshko was hired as Associate Counsel by Tejon Ranch. Located approximately 70 miles north of Los Angeles, and encompassing approximately 270,000 acres of mostly undeveloped countryside, Tejon Ranch is a diversified agribusiness and real estate development company. Managing the activities of production companies who occasionally sought to film on Tejon Ranch because of its unspoiled beauty was just one of his many business and legal duties. Not having a production background at the time, and not content to merely wait for production companies to come calling, Mr. Onyshko educated himself about “on-location filming,” developed procedures for the orderly filming on ranch property and implemented aggressive business and marketing plans substantially increasing Tejon Ranch’s use as a film location by production companies from around the world.

In September of 2001, after nine years with Tejon Ranch, Mr. Onyshko accepted the position of General Manager and V.P. of Business and Legal Affairs with Real to Reel Locations. Founded in 1982, Real to Reel is one of the largest and oldest location agencies in Los Angeles representing a diverse portfolio of LA’s most sought after film locations. During his first two years with Real to Reel, a period that was relatively sluggish for on location filming in L.A., Mr. Onyshko substantially improved Real to Reel’s position in the industry by spearheading the conversion to digital photography and improving Real to Reel’s internet presence. Since then Mr. Onyshko has implemented further improvements in Real to Reel’s operations, customer service and marketing efforts, thus increasing market share and attracting more production companies to make use of Real to Reel’s portfolio of practical locations. In 2009 Mr. Onyshko acquired Real to Reel and became President and CEO. During his 20 years of working in the area of film locations, Mr. Onyshko has led or supervised negotiations with production companies for countless short term filming projects and several well-known long term filming projects, including the use of a former hospital for the hit T.V. show Scrubs for 7 consecutive years.

In addition to teaching young athletes about our great American past time by coaching Little League for the past 8 years, when time allows, he and his wife along with their two son’s enjoy a variety of outdoor activities such as snow skiing, boating, camping, fishing, and off-roading.

After graduating from TCU in 2005 with honors and a film degree, Hunter moved to California to pursue a career in film production. Soon after his arrival in Los Angeles, Hunter began working for Real to Reel as an on-site property supervisor. In 2006, Hunter advanced into the Acquisitions Department and began working full time to seek out top tier film locations for representation. Today, as an experienced Acquisitions Agent, Hunter continues to seek out and list new property clients and regularly provides his expertise to make sure complicated productions go off without a hitch. Just a few of the top TV shows Hunter has worked with include Silicon Valley, Modern Family, Ballers, This is Us, Fresh off the Boat, New Girl, NCIS: LA, Criminal Minds, Children’s Hospital, Workaholics, and hundreds more.

In addition to his longstanding relationship with Real to Reel, Hunter is also known for his filmmaking career, which includes the internationally acclaimed Afghanistan documentary, Where My Heart Beats, and his two award winning web series, HELL. A. and Life in Your Social Network Presented by Heard (Tom Sizemore & Gilbert Gottfried). Hunter’s latest project, The Drome (2017), is under option with Producer Lucas Foster (Man on Fire, Law Abiding Citizen, Mr. & Mrs. Smith) and plans to begin pre-production in 2018. When Hunter isn’t busy finding new film locations, or developing new projects for TV and Film, he can be found chilling somewhere on the beach.

Are you sure you will delete all images of the folder 0001?

Are you sure you will delete all images of the folder 0001?